Don’t waste time and money! How can you validate your idea in a digital product people actually want!? | Strafe Creative

Don’t waste time and money! How can you validate your idea in a digital product people actually want!? 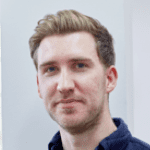 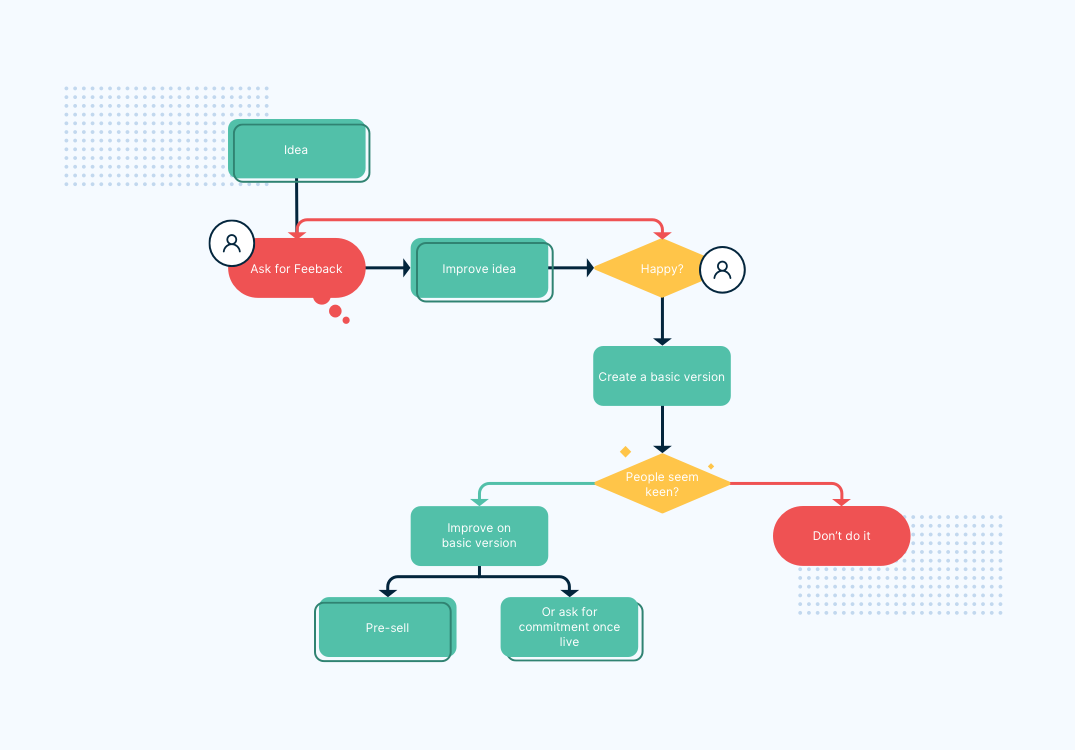 An idea on its own, no matter how great it is, is nothing if people don’t want to buy it. I’m sure we all have done this or at least know someone else who has. They’ve had a great idea, got excited about it, ran with the business and then spent a shed load of money on it, all for it to fail…

Now I’m not saying that is always going to happen but for some, it will. So, how can we be sure we’re onto a winning idea before we dive in headfirst?

That’s where validation comes in. An approach that has been mastered by many and has plenty of varying styles which can be read about. A strong approach is to build an MVP or in simple terms, a minimum viable product. A great idea, but one that still means you have to build something. Instead, we want to go a step further back, before an MVP and do a smaller amount of work to see if people are genuinely interested in the idea.

So for us, at Strafe, it looks a little bit like this:

Although this process might appear boring and your ideas might keep failing with no real progress being made, it’s better to fail quickly and cheaply and not after investing large amounts of time, money or other resources.

Ok, let’s break this process down into a bit more detail:

I’m afraid this one is all you, once you have a great idea we can help you with the rest…

Nothing complicated needs to happen at this stage so, no coding or anything, and the concept doesn’t need to be perfect, a few slides on a presentation could be all you need. The general rule of thumb here is, people are visual so make it visual.

Rather than writing up a detailed brief or trying to explain it over the phone, a few simple visual concepts normally do the trick. We have also found that a short video with some basic animations that show how the user might interact with the product, is all that is need at this stage.

Of course, we know that this is still work on your part, but it’s way quicker and cheaper than planning out every detail, designing the product in full and then continuing to build it. The key is to design something quickly that simply gets your message or idea across effectively.

3. Find a group of people who need this product and present your concept to them.

There’s that old saying, why do people rob banks, simply put its because that’s where the money is. With this in mind, let’s try and keep it as simple as possible when looking for your audience. As this blog is about digital products, it is likely that you can find them through something like Instagram or Product Hunt.

4. DON’T ask them to buy it straight away, instead, ask them for their feedback.

Now, this really goes hand in hand with point 3, do not ask people to buy your product as part of your pitch, instead, explain it is an idea your working on and that you’d love to get their expert opinions.

People love to feel important and give back. Some of the feedback will be positive which is great, some might be negative and some might include ideas to make the product even better. To us, all feedback is good feedback as it will help you to create the perfect digital product eventually. Remember at this point we’re just trying to validate the idea.

5. If they like it and give good feedback, propose showcasing a V2 to them.

People are invested now. If you are genuinely making changes based on their feedback, then keep them in the loop, they will want to know how the product is progressing as they start to feel vital in the process. As we have said before, we still aren’t building anything yet, this is all part of the planning.

If you are getting lots of interest then ask your audience which elements they see as being the most important, maybe ask them to rank the features in the order of what should be done first. it is key to show a willingness to improve the product and this could eventually lead to a sale.

6. Go back and forth like this until you have a product worth building.

This one is back to you. It’s great if you are getting lots of feedback and the audience is really responsive to the concepts as this indicates that you have validated the idea and it’s time to plough on! However, if it’s slow going, with little feedback coming in or you are receiving unhelpful comments, then it’s time to make a decision on whether you need to pull the plug.

Do as the title says, but don’t forget to keep everyone in the loop, let them know how it is going as you could even ask them to Beta test it when you are ready.

8. Pre-order or sell it to the clients who showed interest.

Have a hunt around for the companies that you think could really benefit from your product and then throw a pitch their way. The important thing here is making sure they’re the right target audience, and then you want to get 200 messages out.

If no one replies or shows any interest immediately, follow up a couple of times, but after that, it’s time to bin it and move onto the next idea.

A key part of building digital products is the discovery. It’s great that you’ve got a new and exciting idea for a product or business – but how do you know if your users or target market actually want it?

The answer is simple: test and learn.

Simply put, assumptions without evidence will lead to wasted time and money. We apply this mantra to the initial phases of our client’s projects and take the same medicine when developing ideas for our own ventures. It works for us and it’ll work for you too!

We'd love to hear about your project!

Get in touch with us and see how we can help you.

Back to all articles